NZQN_APP (Queenstown Terminal) is responsible for all controlled airspace within their designated area of responsibility ie QN CTA/D(83,84,85,86) + CTR/D(82), excluding Queenstown Tower ie CTR/D(82) when that unit is online.

Airspace boundary shown below in yellow. Controls up to FL175. 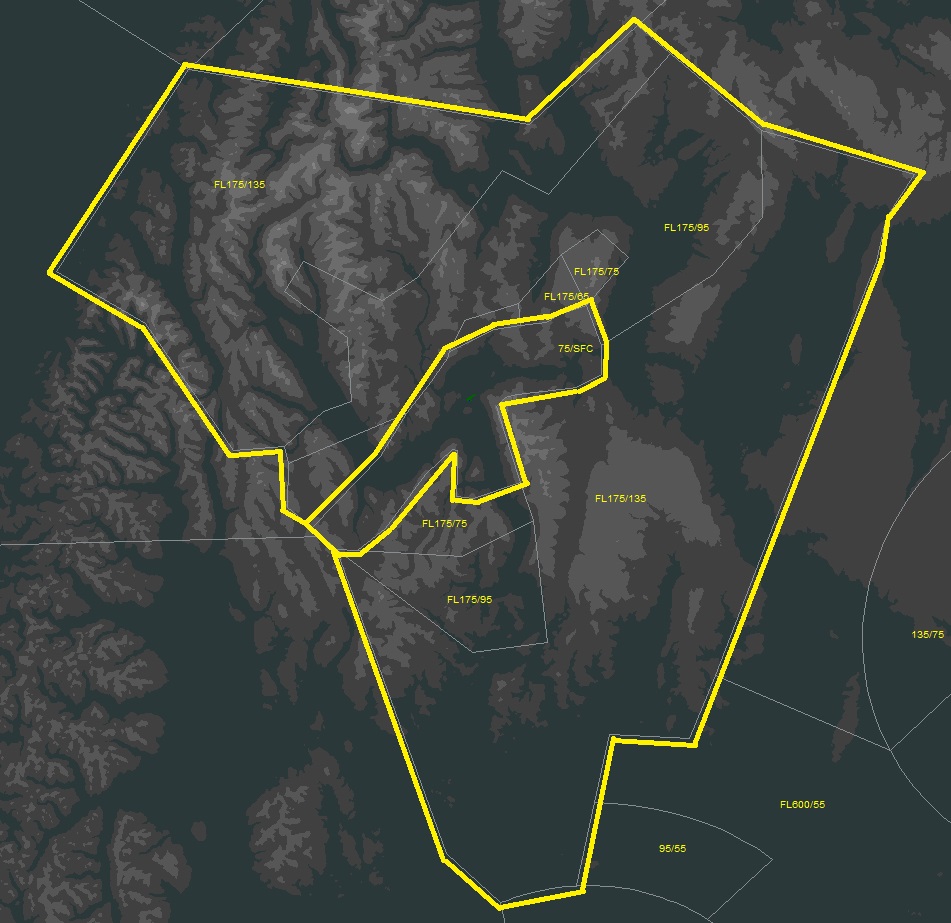 Coordination boundaries shown below in yellow.

The coordination point between any traffic flying between Invercargill Tower and Queenstown Approach airspace is 50 DME NV VOR. 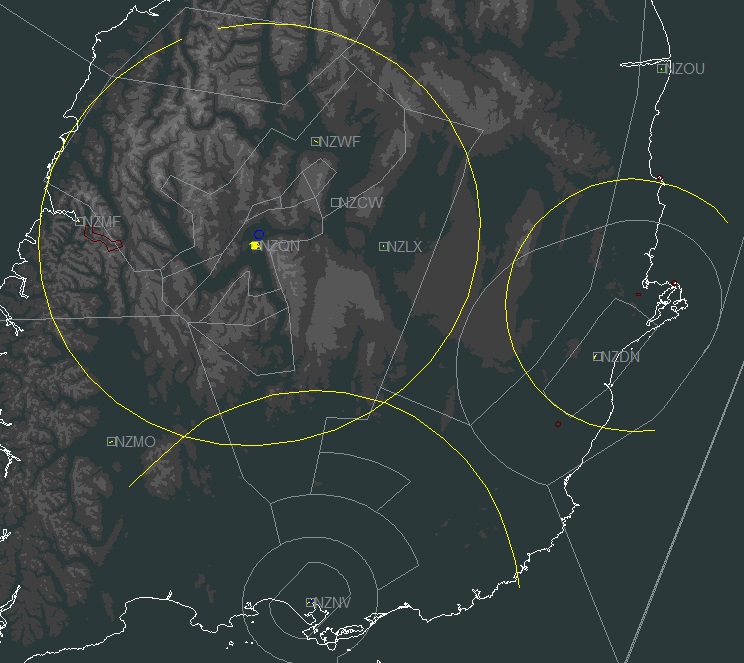 Aircraft on all arrivals shall be descended to 10,000 feet.

If no approach has been placed in the text field of the aircraft tag by the en-route controller, then now is a good time to ask the pilot which approach they would prefer. The RNP approaches may not be in the pilots FMC.

Not giving the pilot the approach they want or time to check the charts just causes chaos at the last moment.

Ideally this should have been sorted by the en-route controller.

Note - All STARS can all be displayed in Euroscope to check the plane is on course.

If the pilot has no approach preference, assign them the RNAV GOLF or FOXTROT due to the RNAV YANKEE not being available in most pilots FMC's.

Make sure you clear the aircraft for the approach before it reaches the above fixes.

Only one aircraft can be on the approach at a time, unless the first aircraft has commenced the visual circuit or has requested a visual approach. If separation of IFR arrivals is required you should either hold aircraft in the published holding patterns or request aircraft to cross STAR waypoints at pre-defined times.

When issuing aircraft holding instructions, controllers should make every effort to issue an expected approach time or expected number of laps of the hold - based on hold timing of 4-5 minutes per hold.

Note 1 - [circling for] is not compulsory, covered in detail in Queenstown Tower Procedures.

Note 2 - The RNAV YANKEE, GOLF & FOXTROT can all be displayed in Euroscope to check the plane is on course.

Note 3 - All approaches are explained in detail at AIPNZ.

Only one aircraft at a time, can be on the approach into Queenstown.

Therefore you may be required to place other aircraft in a holding pattern until the approach is clear for the next aircraft.

There are three holding points around Queenstown.

Descents for arriving aircraft into the Queenstown TMA shall be to 11000ft unless holding is taking place within the TMA.

When holding is taking place, descents must be no lower than FL150 unless otherwise co-ordinated with NZQN_APP.